THIS IS A PRESS RELEASE!

FOR A COMEDY SHOW!

FOUR COMEDIANS WILL enter the stage at Mleczarnia… and all four will leave, eventually, after telling jokes for their allotted amount of time. Who are these four men? What do they want? What are they willing to do for…A COMEDY SHOW?
IN A WORLD where Comedy is King, this man is, I don’t know, a jack or something. Opening the show, MICHAŁ GRZEBIENIAK brings absurdist humor and a one-of-a-kind world view to the stage and NOTHING WILL BE THE SAME AGAIN!

HOW FAR WOULD you go to do stand-up comedy in Wroclaw? If you are from Warsaw, like GAWEŁ FELIGA, approximately 367 kilometers. Feliga has been entertaining audiences in both Polish and English for the last three years, including his own special on Comedy Central. Come see what the fuss is all about.

TRAPPED IN PLACE of his own making, DERREK CARRIVEAU has no one to blame but himself. Writer and in-demand voice actor, Carriveau, armed with a whiskey-warm voice and martini-dry wit, will aim his boozy humor at everyday life to create hilarity that is both acerbic and honest.

THE MOST DANGEROUS thing in the world is a comedian without a microphone, so fortunately, we have one for CHRISTIAN A. DUMAIS, writer and creator of Twitter’s @DRUNKHULK, which has nearly 200,000 followers. Dumais’ mix of wicked one-liners and razor-sharp observations proves why TIME named him “one of [their] favorite funnymen.” Come see why comedians like Russell Brand and writers like Neil Gaiman love Drunk Hulk.

YOU DON’T KNOW THE WHOLE STORY! Because this show is hosted by Dan Mitchell in a performance that will shock you.

BASED ON A TRUE STORY! 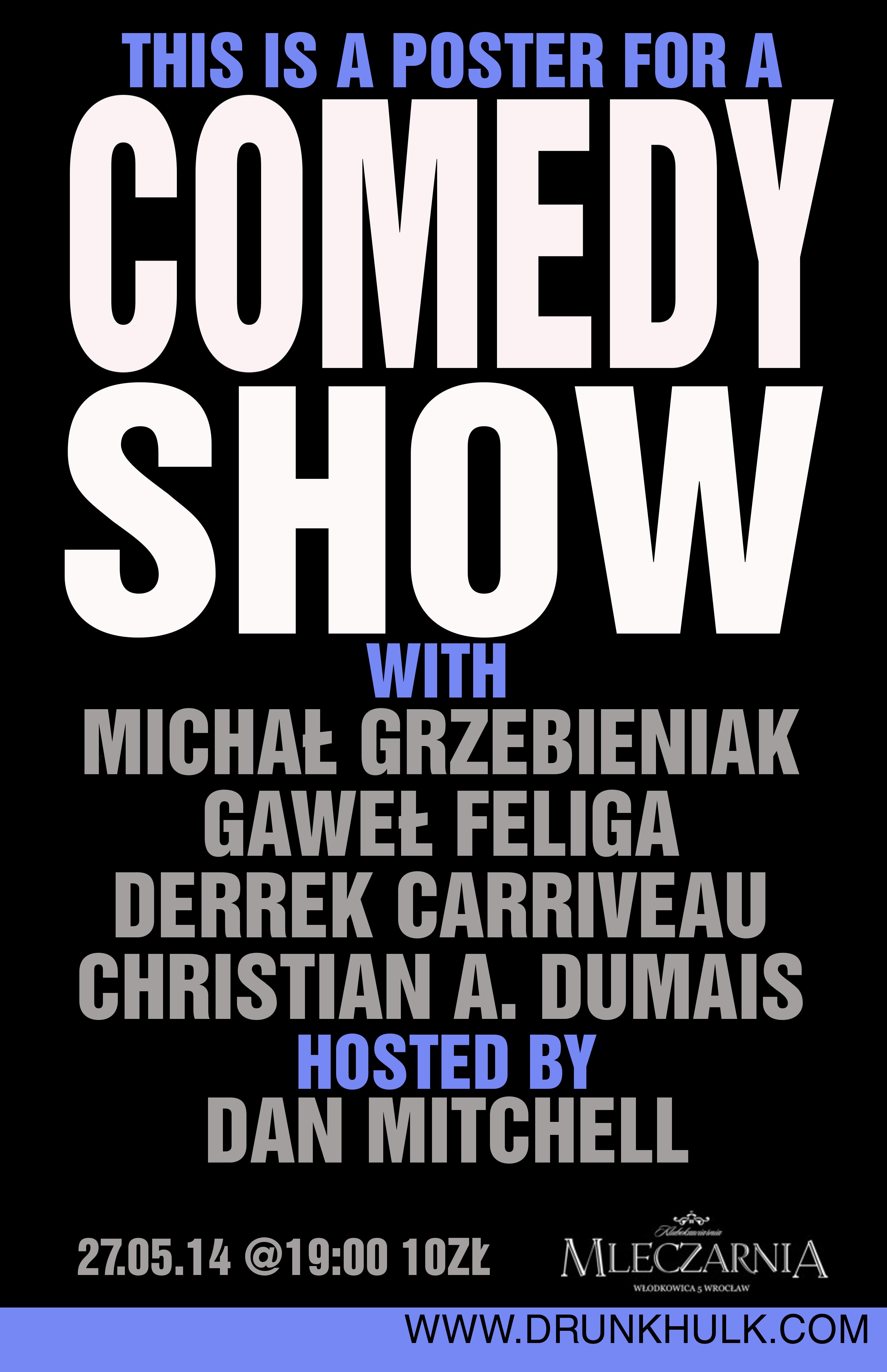