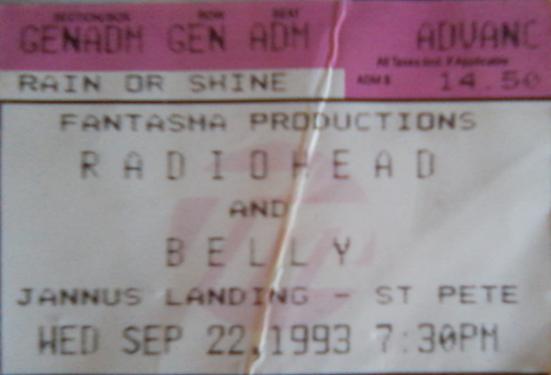 My friend John sent me this and I can’t begin to tell you how happy it made me. This was the ticket to the first concert I ever went to. Radiohead’s “Creep” was getting airplay and I liked it, but I was actually more excited to see Belly, as I had loved their album Star.

Belly was spectacular live and Radiohead ended up being amazing. As an encore Tonya Donelly and Thom Yorke came out and sang some songs together, including Belly’s “Untogether”. All in all, my first concert turned out to be one of the best concerts I ever went to.

By the way, there were about 200 people at this show. The next time I saw Radiohead live, it was inside an arena with thousands of people.