Every day you wake to an infinite amount of possibilities… 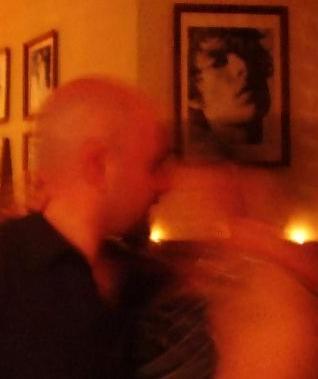 Five years ago today was the Friday before Easter. My friends and I were sitting in an unusually quiet Guinness pub debating whether or not to flee the city for the weekend. Someone had brought an English-Polish dictionary and we were having way too much fun teaching ourselves Polish curse words and flinging them around the room at one another like verbal snowballs. We weren’t bothering anyone but the bartender because there simply wasn’t anyone there but foreigners.

Because Wrocław has numerous universities (maintaining over 100,000 students) and a 94% Catholic population, on Easter weekend the city turns into something similar to Night of the Comet. So with most of the population having returned home for the weekend or locked away in a church somewhere, it’s certainly not the time of year one would expect – even mathematically speaking – to meet the woman you were going to marry.

Justyna walked into the pub at around 10, and despite my insistence of endlessly repeating Polish curse words and my usual repulsive social awkwardness, she had a drink with me. When she said she was leaving, I got my friend’s girlfriend to invite her to join us at another club down the street instead. At the club, we kept on talking and somewhere along the way I somehow got her to go out on a date with me the following night.

Saturday evening was quieter than the night before, but we found a bar that was open. We sat down in a dark corner on a sofa and spent the next four hours talking about nearly every subject Americans know not to talk about, such as abortion, religion and, strangely enough, the use of landmines in wars. When the evening was over, I invited her over to my place for some wine the following night, knowing that it was Easter and knowing that she probably wasn’t going to come.

But it must have been the kind of weekend where impossible things happened because she arrived at my place on Easter Sunday at about nine. We spent the evening drinking wine, laughing and playing UNO. Thankfully, the subject of landmines never came up. Me being me, I was just happy to spending company with a beautiful and intelligent woman, so I wasn’t considering the possibility that this was going to be the woman I was going to see every day from now on. I wasn’t considering the fact that my life had irrevocably changed two nights before and that I was in the opening chapter of the story that would be the rest of my life.

You never consider these things when they’re happening. By the time you realize the transformation, you’ve forgotten the important details. All you have left is the reality it created. Every day you wake to an infinite amount of possibilities and it’s the small acts that will make all the difference. In my case, it was simply starting a conversation with a woman with the most extraordinary eyes I have ever seen.

Thank you for the last five years, Justyna.

I love you now more than ever.