Leave it to writer Grant Morrison to take a hero as hokey as Animal Man and turn his book into a metafictional meditation on the nature of comic book storytelling. In the process, he would give more pathos and dimensions to Animal Man than ever before and establish the seeds to his personality that have carried through to today. When other writers play with Animal Man, they are writing Morrison’s take on the character, which goes to show the mark he left.

Morrison’s 26 issue run on Animal Man is crazy brilliant, a sprawling story that winds back on itself with amazing precision, and when it’s over, you want to read the issues again to see how it all came together. And page 24 in Animal Man #25 is the moment when it all comes to a head. After two years of Animal Man going through hell and back, we finally learn what the point of it all was when he is confronted by the man who has been making his life miserable. Here is where our hero meets the writer of his own book, Morrison himself: 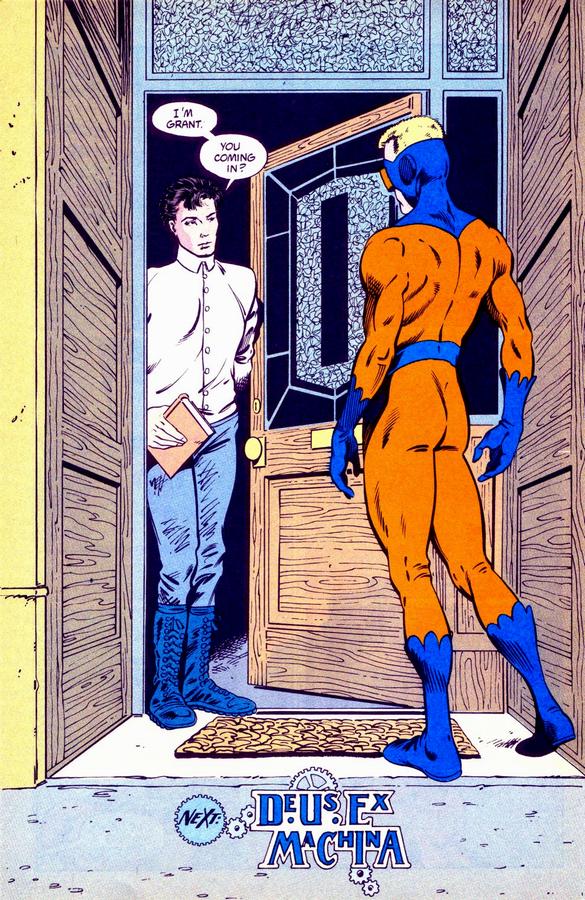 I consider this scene to be one of the most important encounters in comic book history, not only as the culmination of Morrison’s storytelling on Animal Man, but in context of postmodern literature.

The more I understand what Morrison is doing in his writing, the more I believe that he is one of the most important comic book writers working today. And Animal Man was a delicious appetizer of what Morrison would end up doing in the next 20 years of his career.