Last week we took a look at David Hine and Frazer Irving’s Silent War, published by Marvel. Before this particular chapter in the Inhumans history, Paul Jenkins and Jae Lee took a stab with the characters in a series called, unsurprisingly, the Inhumans. While Silent War is a worthy entry, the success of the Inhumans in the last ten years is because of what Jenkins and Lee accomplished in their 12 issues. Not only does it establish Black Bolt as a major player in the Marvel universe, it solidified the core concepts of the Inhumans for the 21st century.

Anyway, Jenkins put together an incredibly layered and beautiful story, and with Lee at his side, the Inhumans have never looked better. I know Lee gets a lot of love thrown his way for his Dark Tower books, but his work on the Inhumans is far more effective. I’m not suggesting that his work with Stephen King’s characters isn’t good, but there is something detached and unemotional about it that I find offputting, especially when he’s proven to be more than capable of conveying real emotion.

Such is the case with page 19 from the penultimate issue of the second volume of the Inhumans. The series has been leading to a major confrontation between Black Bolt and his brother Maximus, and this is the issue where all hell breaks loose (forgive me for being simplistic with the plot description). However, things don’t go the way you’d expect it to (especially with superhero comic books where anything can be solved with your knuckles), as Black Bolt finally confronts his brother: 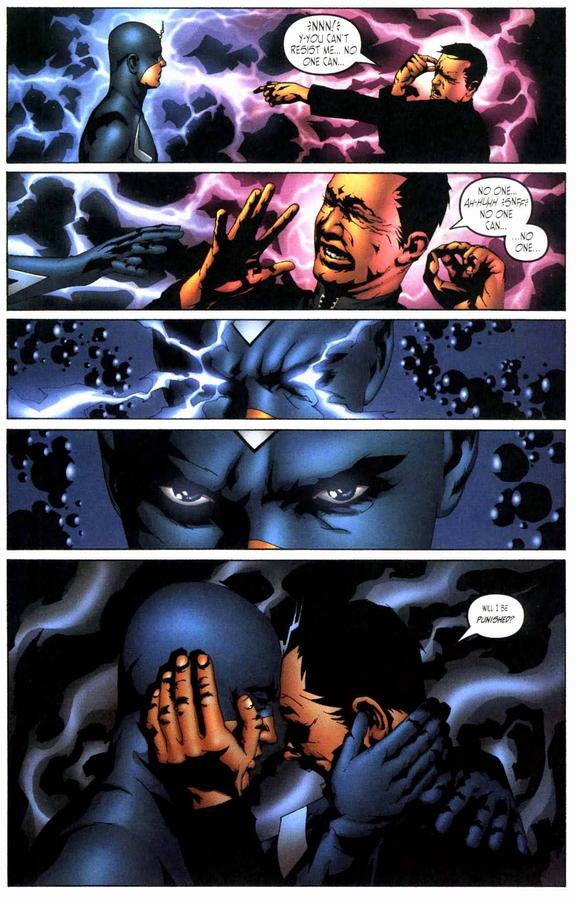 Maybe it’s because I’m a brother too and I understand how difficult and complicated being a brother can be at times, but there’s something so wonderfully honest about this scene that takes my breath away. I’ll be a fan of Jenkins’ writing forever just because of that last panel (Lee too for that matter).