Since I wrote about January’s AMERICAN INVASION, I figured I’d make this a regular thing and discuss last Sunday’s UNUSUAL SUSPECTS show at Bezsenność.

Going towards the event, I was weirdly apprehensive. AMERICAN INVASION – while having plenty of room for improvements – went off really, really well. The venue was wonderful, the audience was phenomenal, and the performers really came together to make a solid two hour show. There was a lot of expectation going into UNUSUAL SUSPECTS – could we pull it off again?

You know, performing comedy is hard. But writing comedy is really hard. When I’m writing a story, you can press pause when you need to and carry on with your life. Writing comedy is a constantly evolving process and you’re working on it all of the time. You can’t let go of it. I literally carry my notebook with me wherever I go now.

And there’s a reason why your favorite comedians are struggling to create one hour of new material a year. 80% of what you write is not going to make it to the stage and 50% of what does make it probably won’t make it to the stage a second time. Between the struggle for new material and the constant tweaking (and re-tweaking) of the established material, it feels impossible to get any clear footing on stage.

After removing the weakest jokes from AMERICAN INVASION, my goal was to walk on stage last Sunday with 25% new material. And even though I accomplished it, I know that half of those jokes won’t be returning next time.

A lot of my concerns about UNUSUAL SUSPECTS had to do with the venue: Bezsenność. All of which was completely unjustified. Looking back, it probably had a lot to do with my unfamiliarity with the place, because as soon as we arrived to set up I was immediately at ease. They had a decent stage, great sound, a good-sized room to work with, and most importantly, a generous staff. I honestly don’t know how comedians (the real kind, not the one I pretend to be) walk into a new club in a new town every night to do their material, because in some way it’s like hitting the reset button. So yeah, Bezsenność was fantastic. When the person in charge invited us back for another show, I was thrilled.

Anyway, how did it go?

Pretty, pretty, pretty good. It was another solid show. The audience skewed younger and more international, and while they were great, we had to work harder to get our laughs. When they clapped at a particular joke, you really knew you earned it.

My biggest goal was to be in the moment. I’ve been up too many times in the last six months where I don’t remember anything that happened on stage. I finally achieved it at AMERICAN INVASION, but it was important for me to verify that it wasn’t a fluke. Up on that stage at Bezsenność, I remember looking at the faces in front of me as I talked. There was one joke that did particularly well (hell if I can remember which one right now) and the audience clapped for a second. I remember that second felt like ten minutes. I was there, in that moment, and I was connected. And then it was gone and I was onto the next joke trying to get it back again.

There’s nothing scarier than getting on stage to make people laugh. It’s parachuting, Russian roulette and going to high school in your underwear all rolled up in one. 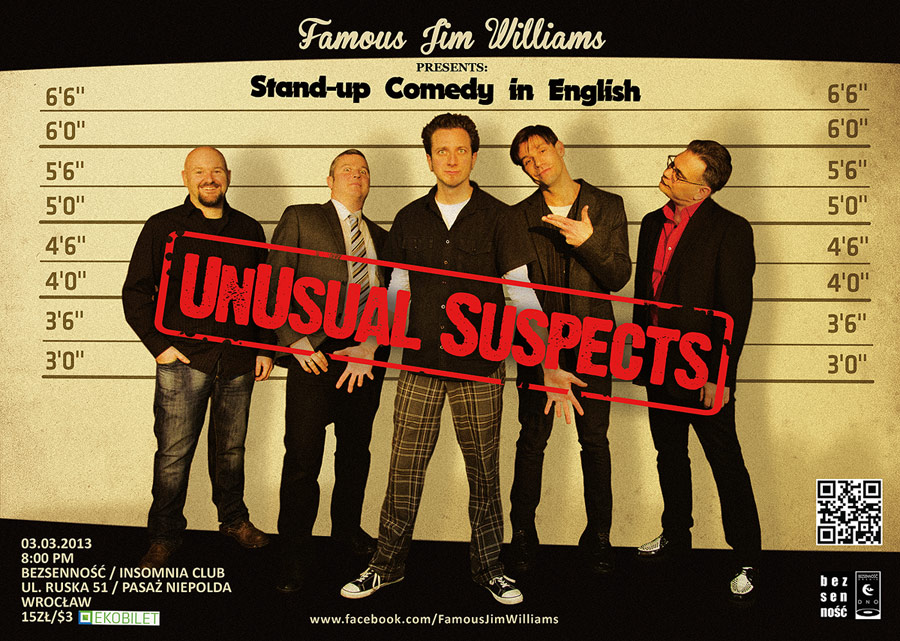