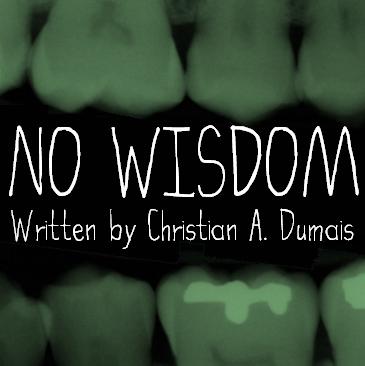 My dentist said that there was a complication with my wisdom teeth extraction, which is why he had to amputate my legs. He said that teeth are a lot like icebergs – there was a lot more you didn’t see beneath the surface. “You saw Titanic,” my dentist said, “so you know.”

He told me about one tooth he pulled that was so long it was connected to a man’s heart. It was like pulling off the labels on the couch that clearly said not to remove and you end up taking off more than you intended. Like this man’s – God rest his soul – heart. “It shames me to know that I broke a man’s heart,” said my dentist. “I’ll never forgive myself for that.”

After a few moments of staring out the window, my dentist said it was sad that there wasn’t some kind of technology that allowed medical experts to see inside of a patient’s body.

My mouth was full of cotton and gauze. “Like an x-ray?” I mumbled.

“I get that you’re frustrated, but there’s no need for that kind of language,” said my dentist. “You should know better.”

My dentist explained how he burned my legs immediately, so there was no fear that they’d regenerate and I’d have to deal with the threat of two evil duplicates trying to destroy my life. “I won’t make that kind of amateur mistake again,” said my dentist before laughing nervously.

He didn’t charge me for the wheelchair. He bought the wheelchairs in bulk because this kind of thing had been happening more and more recently. “I don’t want to be that guy,” said my dentist, “but I think it might have something to do with climate change.”

I remember hearing something about climate change on the news, so maybe there was something to it. I felt an overwhelming sadness when it hit me that I wouldn’t be able to play the piano again. Depending on the blog you read, I was the fourth or fifth best feet playing pianist in south Florida. I pressed down on the cotton in my mouth and my eyes filled up with tears. “Hey, don’t be that way,” said my dentist. “Lots of people go on to lead completely normal lives without their wisdom teeth.”

“What is this, the 1960s? I warned you already about the racial slurs. I simply don’t tolerate that here in my office.”

“There you go again! I’m going to have to ask you to leave. One of my ex-wives was Jewish, or something weird like that.”

My dentist helped me into my wheelchair. It was too small. “I think this is meant for kids,” I said.

“Had I known you were so full of hate, I never would have brought you out of that coma. My assistant will escort you out.”

His assistant – a tall woman with black hair that covered her plain face – pushed me out of the room into the waiting area. “Don’t mind him,” she said. “He’s having a bad day because he found out everything he loves is illegal. That’s the problem for men like him, who love too much.”

She appeared distracted as she filled out my paperwork. My insurance covered the dental work, but not the amputation, the prostate exam, hearing test, and  wheelchair. I put the difference on two of my credit cards.

When we were done, the assistant pushed me through the empty waiting room to the front door. “I told him to stop pulling,” she said, “but once he gets going, there’s no stopping him. He just cares too much.”

I nodded. I could relate:  I’m the same way with my cuticles.

“He’ll give your wisdoms the Viking funeral they deserve, I promise.” She said this as she pushed me through the doorway outside. She closed the door behind me and locked it immediately. There were three steps down and no ramp. I knocked on the door for help, but there was no answer.

I realized that this was my life now. I must learn to deal with these kinds of obstacles on my own. I carefully made the first step but quickly lost control and fell to the pavement below. The wheelchair rolled into the parking lot without me.

“That was quite a fall,” someone said.

I looked up. A naked man was standing over me. With the sun hiding behind him, it took me a few seconds to realize that he was, well, me. He reached his hand out. When I went to take it, he slapped my hand away. Instead, he knelt down and took my wallet and car keys from my jacket pocket.

“Wow. Are we racist? I don’t remember that.” He started to walk away when another naked version of me hit him from behind. The second me tried to take the wallet and they began wrestling one other.

In one direction, my wheelchair was moving off into the distance toward the highway and in the other direction were two naked copies of me fighting on the hot parking lot asphalt. After about five minutes, they stopped, both out of breath. They agreed to a truce – “An alliance against the common enemy!” – before looking my way.

They took my clothes, everything, before driving away in my car. The police showed up not long after that. As the two large black officers approached, I decided it would be best not to say anything. But the thing about being naked in public is that it’s infinitely creepier for those watching if you remain silent. This might explain why people who do this sort of thing on occasion are usually singing or acting out a scene from their favorite play.

They wrapped me in a blanket and put me in the back of their police cruiser.

On the radio, I could hear about a seventeen-car crash on the highway. Dozens were injured. There was a lot of panicked confusion. Everyone was accounted for except a handicapped child who was missing a wheelchair.

“Hell of a day,” said the officer who offered me some water. The other officer told me that it was going to be okay. He said everyone gets a bad day, no worries. He put his hand on my shoulder and squeezed lightly. “I just want to take you home,” he said. “Just tell me where you live, okay?”

Tears wandered down my face.

I remembered being little and the faces of my mother and father were like twin suns orbiting my every move. I remember the cool evenings with my father holding me on the couch, keeping me warm within the glow of the television. Everyone was a giant and everyone was wise. There was no way I could fall back then. And despite everything that had happened in the last few hours, I felt this again in the back of the cruiser, with this wonderful man’s hand on my shoulder. It was as if this officer was somehow renewing the promise my parents had kindly established, a promise that I had forgotten about.

I was wiping my eyes, so I missed the second when their smiles disappeared.

It was all quick after that. The coolness of the car was replaced by the heat outside. The comfort of the backseat became hot grainy asphalt. The hand on my shoulder transformed into batons, seemingly touching every part of my body. I kept begging them to stop, but that only made things worst.

When the mace assaulted my eyes and invaded my nostrils and throat like boiling seawater, I wondered about the man I was this morning. The man who woke up in his bed, who stood in the bathroom on his own two legs, who looked in the mirror, smiled and said, “I should get my teeth whitened.”

– You’ve just read “No Wisdom” written by Christian A. Dumais

If you enjoyed this, you will probably like “It Could Have Been Me“, “Paula Deen’s Apology Outtakes“, and “An Updated Syllabus” and “Deconstructing Christian A. Dumais“. Thanks for reading!

And come see me on stage sometime… 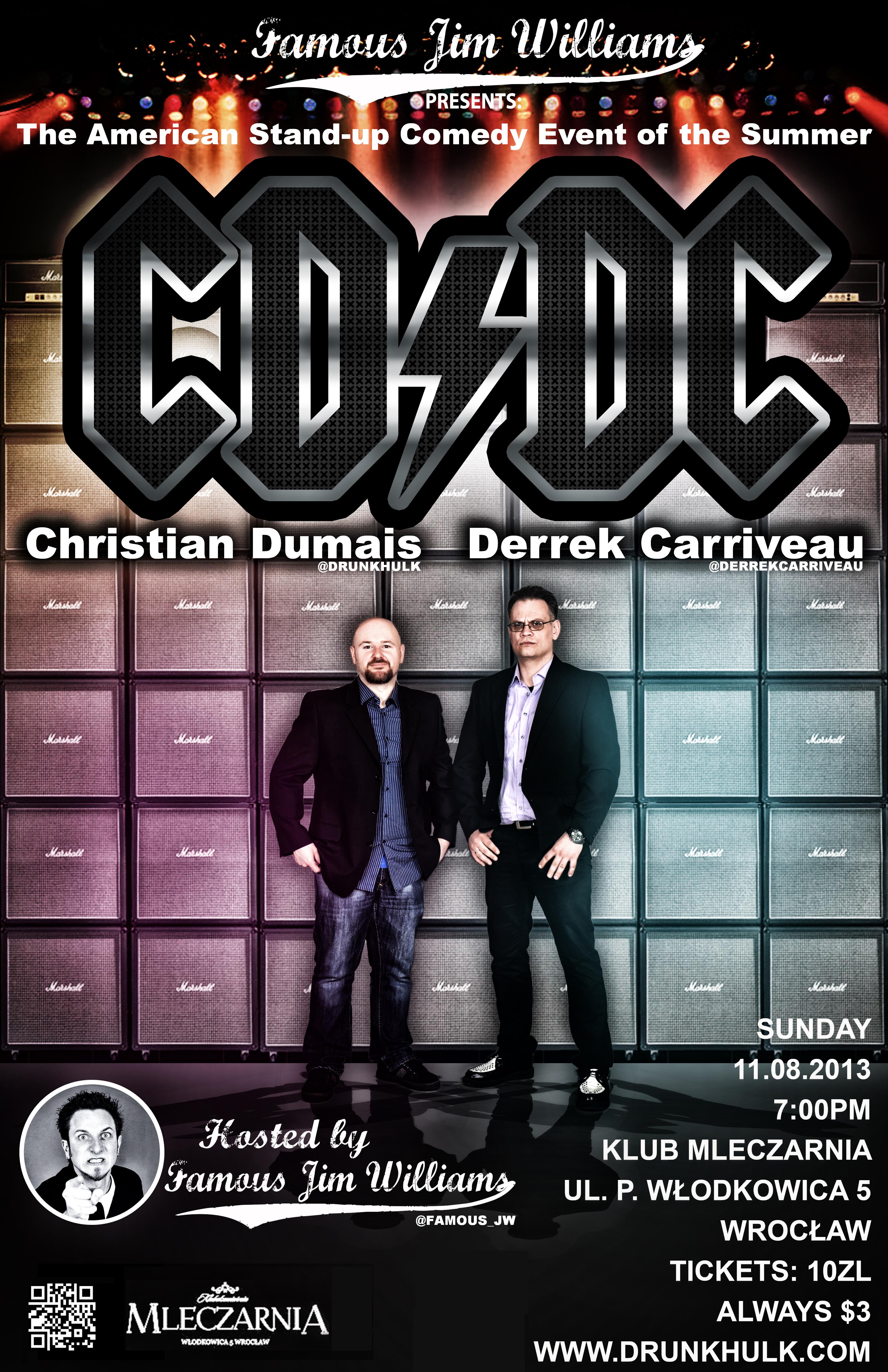