Showtime is considering a spin-off of Dexter after it wraps up its eighth and final season this summer. Because I’m always there for you, I’ve put together seven possible suggestions:

THE D FILES: Drama. After the world learns Dexter’s secret and every member of the Miami Metro Police Department is fired, the FBI arrives to make sure such a thing never happens again. This series will explore a lot of the mysteries that Dexter only hinted at in the last eight years: How did those idiots become police officers anyway? Why is everyone in Miami a serial killer? The series promises to carry on the tradition of excellence fans of Dexter have grown to expect, such as having one interesting character surrounded by a dozen boring characters, and mistaking excessive profanity as character complexity. Like Dexter, you’ll want to believe that this show will get better at any moment…

WHO’S THE MASUKA: Sitcom. Meet Vince Masuka (C.S. Lee). By day he’s a blood spatter pattern expert for the Miami Metro Police Department and by night he’s a serial impregnator. But Masuka only impregnates women who fit a specific code taught to him by his adopted father Dan Fielding. When one of his daughters shows up looking for the father she never knew, Masuka decides to quit his job. Masuka and his daughter move to Connecticut where he becomes a housekeeper for an advertising executive.

DEB OF LIES: Drama. After discovering that her whole life is a lie, Debra Morgan (Jennifer Carpenter) must pick up the pieces of her life. This drama is a realistic look at the psychological trials Morgan would face after such an ordeal. In the pilot, Morgan is injected with a poison that will kill her if she goes more than 30 seconds without swearing.

MR QUINN, DETECTIVE MAN: Drama. Everybody’s favorite impulsive detective is back! When a young Amish boy witnesses a mob murder in Miami, it’s up to Quinn (Desmond Harrington) to hide out in Amish country and protect the boy until the trial. We know this makes no sense, but tell us one thing that has made sense about Quinn since Dexter began.

BATISTA FOREVER: Drama. A prequel to Dexter. Returning home after failing to instill fear into the hearts of criminals, a wounded Angel (David Zayas) witnesses a fedora crashing through his window. He proclaims “I shall wear a hat,” and Batista is born. Finally! All of your questions about Angel Batista will be answered. Where did he find all of those floral shirts? How did he decide on his goatee? How did he convince himself he was such a great detective? This is the show you didn’t realize you’ve been waiting for.

QUANTUM CREEP: Drama. Serial killer Travis Marshall (Colin Hanks) may have died, but it looks like a higher power has bigger plans for him. Now, trapped in time, Marshall leaps into the body of a different person in different time periods in order to stop the coming apocalypse. His only companion is Professor James Gellar (Edward James Olmos), a hologram that only he can see and interact with.

DEX AND THE CITY: Comedy. Four handsome men in Miami gossip about their sex lives. Follow the charming Dexter Morgan (Michael C. Hall) who just wants one lover not to die on him, Angel Batista (David Zayas) who is looking for love in all the wrong places, Joey Quinn (Desmond Harrington) who is too insecure to maintain a relationship, and of course, the shameless Vince Masuka (C.S. Lee) who flirts with every woman he meets and will never commit. Finally, a show that teaches us what it’s like to be a man in the new century!

If you enjoyed this, you will probably like “The Six Stages of Having Your Penis Put On the Internet“, “It Could Have Been Me“, “Paula Deen’s Apology Outtakes“, and “An Updated Syllabus” and “Deconstructing Christian A. Dumais“. Thanks for reading!

And come see me on stage sometime… 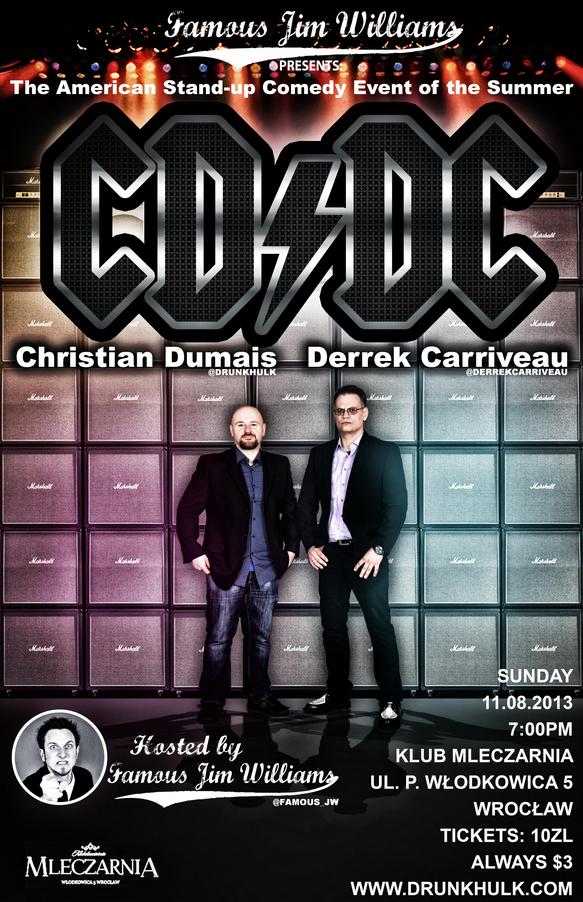