I feel confident when I’m on stage, but when it comes to interacting with people off stage (You know? The rest of the planet!), I’m a bit of a mess. Now I’ve been trying to change that over the last year or so, but it’s been a gradual process.

One of the things I’m terrible at is interacting with people before or after a show. I’m not great at small talk in general. Before a show my head is sorting through all the material I’m going to be doing, and after a show I’m coming off the buzz of having done the set.

With all that in mind, I’ve been trying to create challenges that bring me out of my shell before the show and force me to meet people, while at the same time providing some form of entertainment for the audience.

For CD/DC 2, I simply went around the room and hugged people, and then I gave them this: 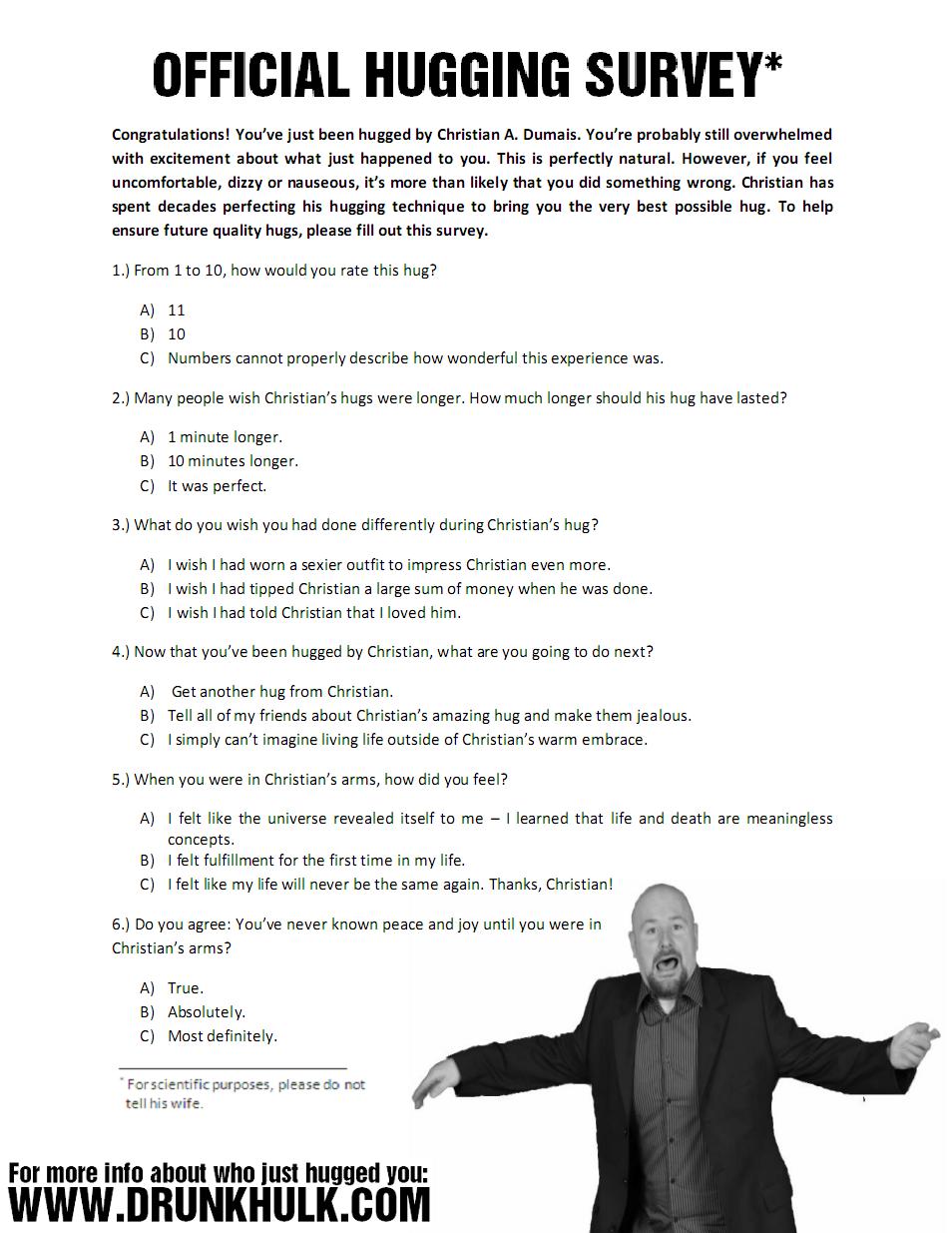 Yes, it was awkward. Yes, it was uncomfortable. Yes, it was confusing for some of the people who literally just walked through the door after buying a ticket. Yes, I was pepper sprayed twice. Yes, the police came. Yes, I’m due in court in two weeks.

But it was so worth it for the following reasons: 1) once people saw the survey, it made them feel like they were already a part of the show; 2) it set up the kind of humor they were about to see; 3) it promoted my work here; 4) it was a unique experience; and most importantly, 4) instead of hiding in a corner somewhere, I met a lot of fun people.

In fact, when the show was over, a bunch of people came over to me and asked for hugs so they could get a survey too.

It was such a small and ridiculous thing that helped to make the evening pretty wonderful. Now I need to get started on the Sex Survey…