Launching the evening is the man who started the flagship stand-up comedy show in Wroclaw – Famous Jim Williams! Hot off his one-man show, I’m Not From Here (7 Year Anniversary edition), Jim has used his dual powers of physical and spoken-word comedy to delight audiences all over Europe. He’s won awards at Poland’s top comedy festivals, made numerous appearances on Polish radio and television, including Mam Talent, Kabaretowy Klub Dwojki, and Dzięki bogu już weekend. It’s easy to see why Wroclaw Uncut called Williams a “comedy gem.”

First mate (and first in our hearts), Christian A. Dumais – writer and creator of Twitter’s @DRUNKHULK with nearly 200,000 followers – takes the helm with his buoyant mix of wicked one-liners and razor-sharp observations and proves why TIME named him “one of [their] favorite funnymen.” Come see why comedians like Russell Brand and writers like Neil Gaiman love Drunk Hulk.

Anchoring the night in the port of funny is writer, in-demand voice actor, and all-around swell guy The Derrek Carriveau. With his rum-warm voice and doldrums-dry wit, Derrek aims his boozy humor at everyday life to create hilarity that is both acerbic and honest. After opening shows throughout Wroclaw and Warsaw, this is his first time as captain. Find out why Derrek’s mom describes him as “[her] special little guy”!

The cruise director for the big show is Gawel Feliga, who has been wowing crowds across Poland in both Polish and English for the last three years. 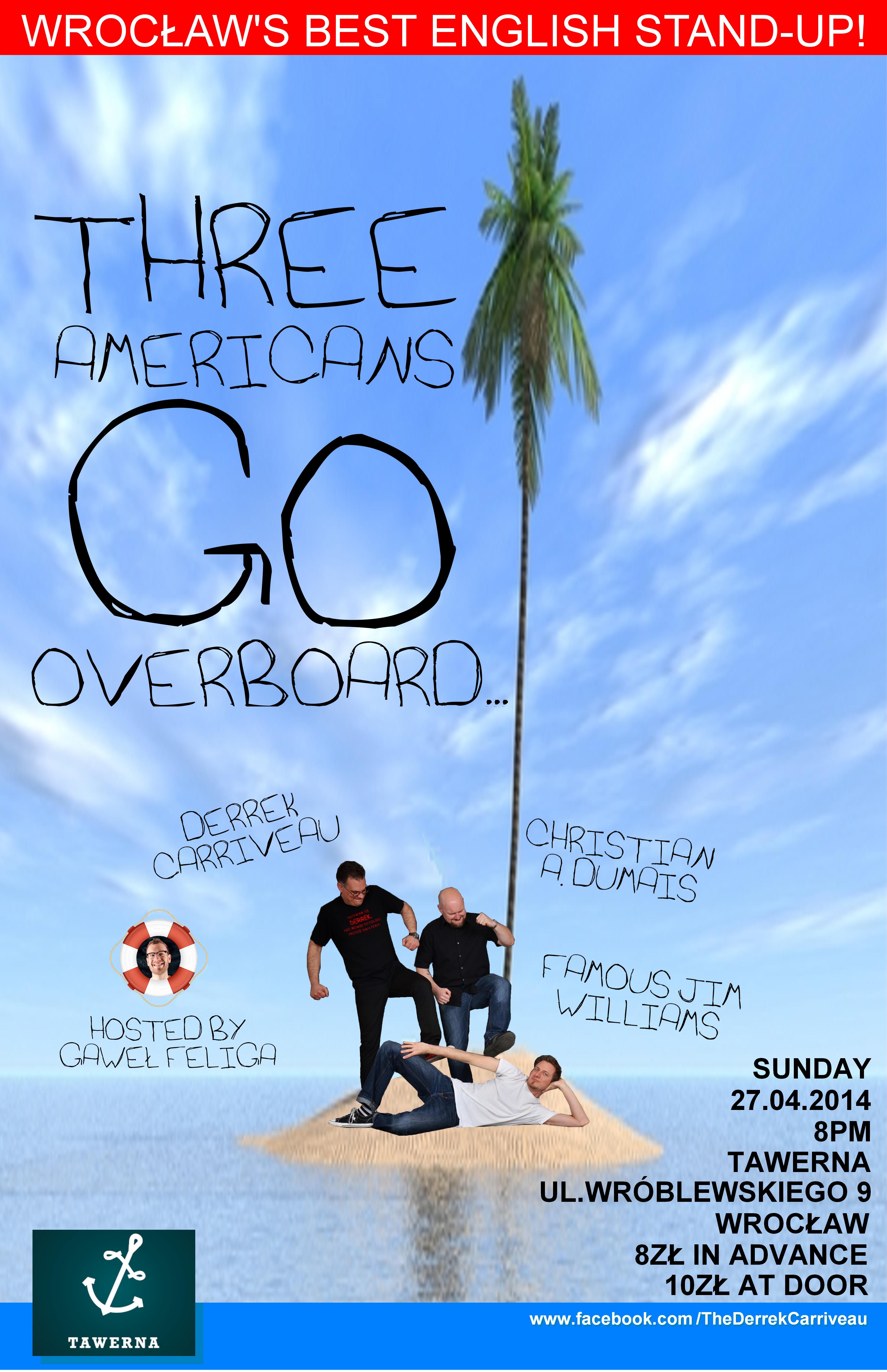