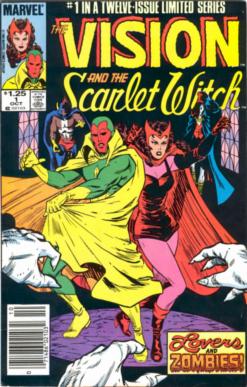 After quitting the Avengers, Vision and the Scarlet Witch decide to buy a house in New Jersey. And then they’re attacked by zombies. And then…then…I honestly don’t understand what happens next. It’s a train wreck.

Though this is comic book about the Vision and the Scarlet Witch, this is West Coast Wednesdays after all, and we’ll be focusing on the West Coast Avengers’ involvement in the story. This will allow me to maintain the little sanity I still have.

Sadly, the team’s involvement is minimal. It’s mostly the Vision and the Scarlet Witch making out, fighting zombies and spouting terrible dialogue. In fact, there’s a long scene where they are looking to buy a house. Now, one of the joys of comic books is for the reader to piece together the things occurring between panels, so if the Vision said, “I’d like to buy a house” in one panel, I’d be perfectly content if the next panel had Scarlet Witch exclaiming, “I love our new home!” But no, we must read on to watch them look for a house with a real estate agent.

I mean, today is my third wedding anniversary and I’m reading about a robot and a witch making out. And though they are married, there’s nothing here particularly useful here that’ll enrich my marriage. In fact, I can’t shake off the feeling that my marriage is somehow weaker because I’ve read this issue.

The issue ends with the Vision finally returning Hawkeye’s phone call. How’s that for drama?

Roast! I can’t believe I collected the entire run of the Vision and the Scarlet Witch mini-series as a kid. I’m beginning to suspect that eleven year old Me was insane and possibly stupid.

Luckily this book can’t get any worse, right? 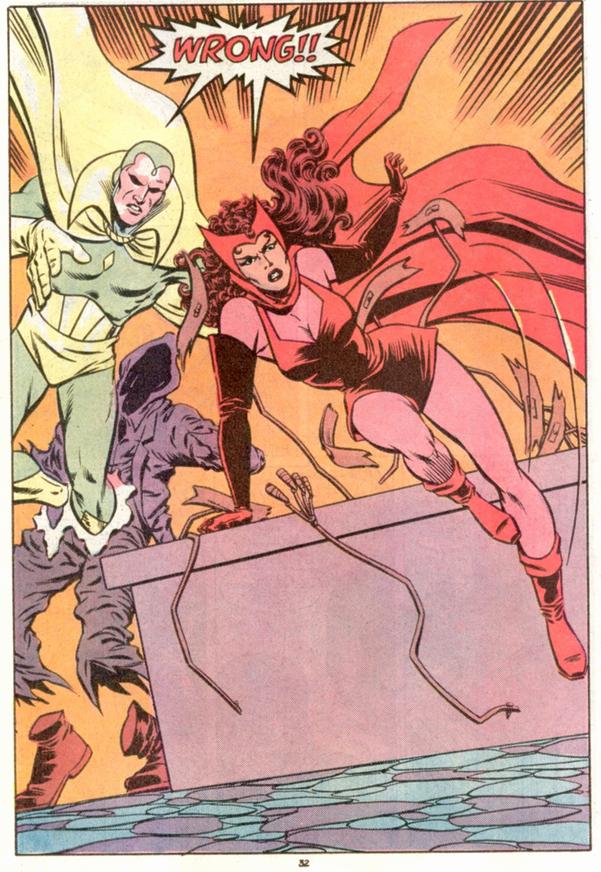 How often does one get to see the Scarlet Witch do this? 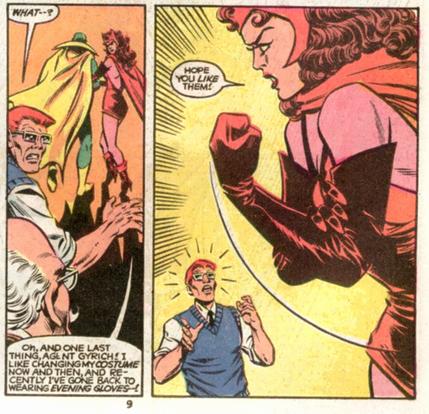