West Coast Wednesdays: The Vision and the Scarlet Witch #2 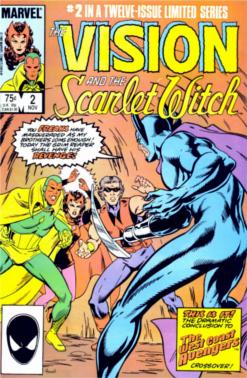 After a long fight with Ultron, the West Coast Avengers find themselves captured by the Grim Reaper. They eventually escape and it’s a giant brawl with the team against the Grim Reaper and his minions. All of this leads to Vision and Wonder Man confronting the Grim Reaper once and for all about his seductive skin-tight costume.

While this isn’t a great issue, this is a huge improvement in the four part crossover story. The first thing that makes it so good is the lack of flashbacks. So when the action kicks in, it’s fast and carries through until the last page.

Vision and Wonder Man get a moment to hug each other and affirm their love for one another. They try to get the Grim Reaper in on the brotherly love, but he decides to jump off a cliff instead. Personally, I don’t blame him for this.

Anyway, there’s more action in this issue for the team than there’s ever been for the West Coast Avengers in their own title. I hope this changes soon.

At the end of the issue, Vision tells Scarlet Witch that it’s time for them to have a baby. I mean, the issue basically ends with Vision telling his wife he’s going to make hard artificial love to her in the woods as soon as they get rid of the dead weight the West Coast Avengers. While I don’t want to get into the whole theological debate over human-android relations (not that debate – again!), this scene in its own way is historic and would have a profound impact on both characters decades later.

Boast! I admit it, I liked this one. Though, if you weren’t reading West Coast Avengers at the time, I imagine this issue confusing the hell out of you. 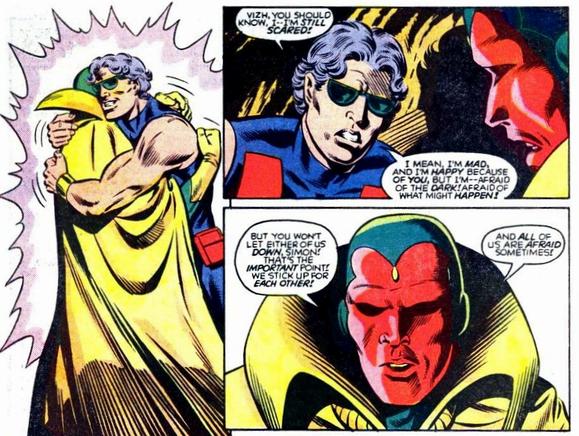