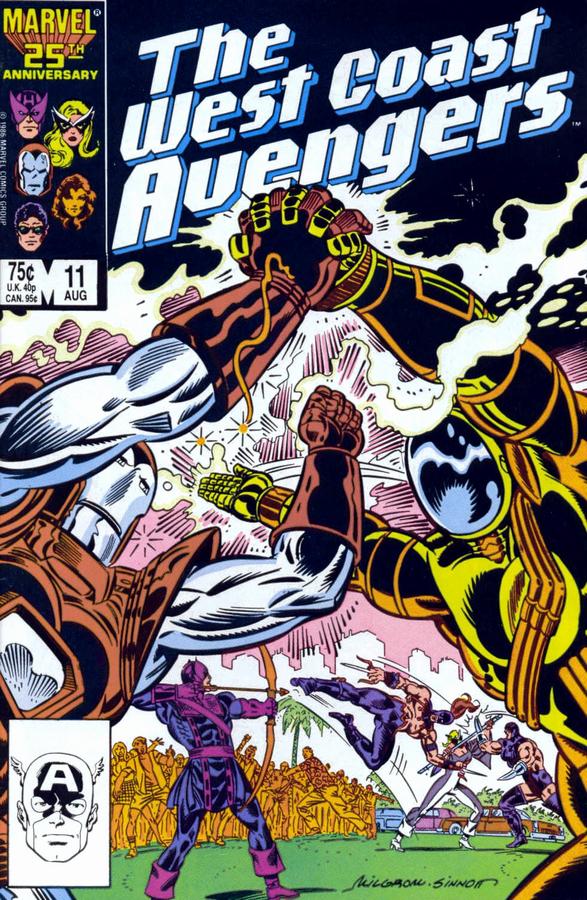 Mockingbird, Hawkeye and Iron Man pay a visit to Nick Fury, which naturally leads to a fight with S.H.I.E.L.D. agents. Later, the three are attacked by Razorfist, Zaran and Shockwave for yet another fight. Meanwhile, Hank Pym is seeking out information about Master Pandemonium.

Again we have flashbacks, this time to recap Mockingbird’s origin. The writing here is heavy on the exposition and everyone is talking like they just met each other for the first time.

The conversation between Nick Fury and Iron Man is particularly grating, especially when Tony still has his secret identity here. So Tony is referred to as “Iron Man’s boss” even though it should be more than obvious to someone like Fury who’s wearing the armor.

The fight with the agents is obviously just a way to fill up some pages, and it would seem that way with the fight with Razorfist, Zaran and Shockwave if it weren’t for the issue’s final panel which reveals that the villains were hired by S.H.I.E.L.D. That said, this information isn’t meant to be particularly meaningful for this series, but rather to interest readers to pick up the S.H.I.E.L.D. mini-series which was coming out later. Once again, the storyline for WCA has been hijacked to facilitate yet another series that won’t benefit the book in the long run.

If this were a television show, this would be the budget saving episode they make before the grand finale. In other words, this was 22 pages of wheel spinning.

Roast. Not sure what the point of this issue was except to remind us that Mockingbird used to work for S.H.I.E.L.D. Not impressed with this one at all.

Because being second means being the first loser…