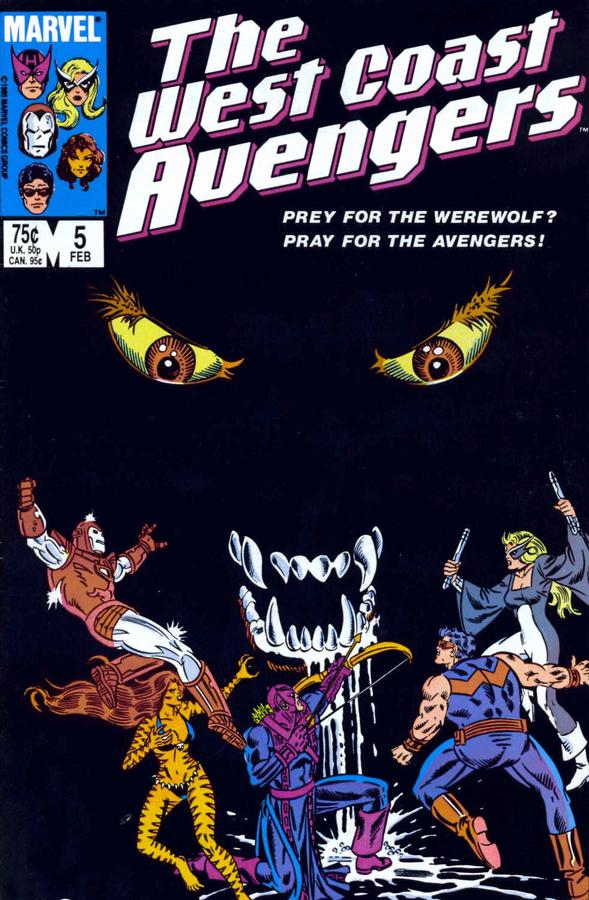 Hawkeye has a meeting to yell at Wonder Man for confessing that he’s guilty of embezzlement on the Johnny Carson Show. Tigra and Wonder hook up on the beach. Mockingbird and Hawkeye have a spat over their roles as teammates and spouses. Tigra and Hank Pym hook up in the living room. The team fights a werewolf. And Pym gets more calls from Ultron.

There’s a lot going on here. The story that’s causing the most drama is Tigra’s, which has been simmering in the background since the mini-series. The “cat” part of her is taking over more and more, which is why she’s sucking face with half the team.

Hank Pym spends a lot of the issue sulking, with one scene with Iron Man that’s so heavy on shadows it’s unnecessarily ominous. That said, the calls from Ultron add a nice layer of tension to the story, even though it amounts to a robot with daddy issues prank calling his creator.

The issue wraps up with a big fight with the werewolf, as the cover promises. Iron Man is taken out a little too conveniently (see below), but Wonder Man steps up and gets the job done, and in the process, wins back the public’s support. Once the werewolf is down and all the coincidences are out of the way, the story ends with a clue that leads us to Tigra’s cat people. And the book’s cliffhanger is Pym getting a call from Ultron…and he’s apologizing?

Boast! Another good issue. There’s a lot going on and now that the book is working on stories without crossing over into a different book entirely, everything’s surprisingly focussed and engaging. 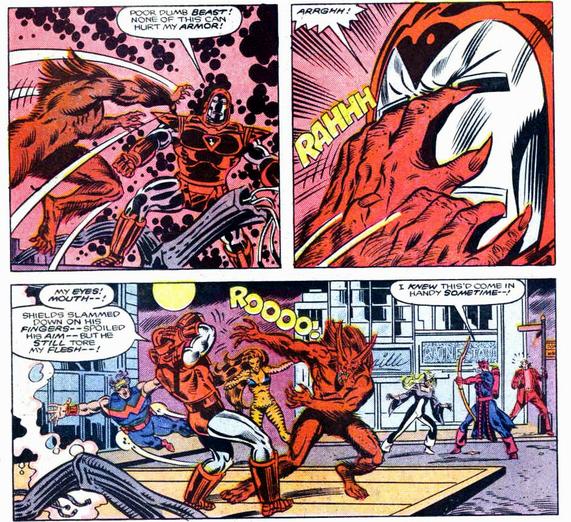