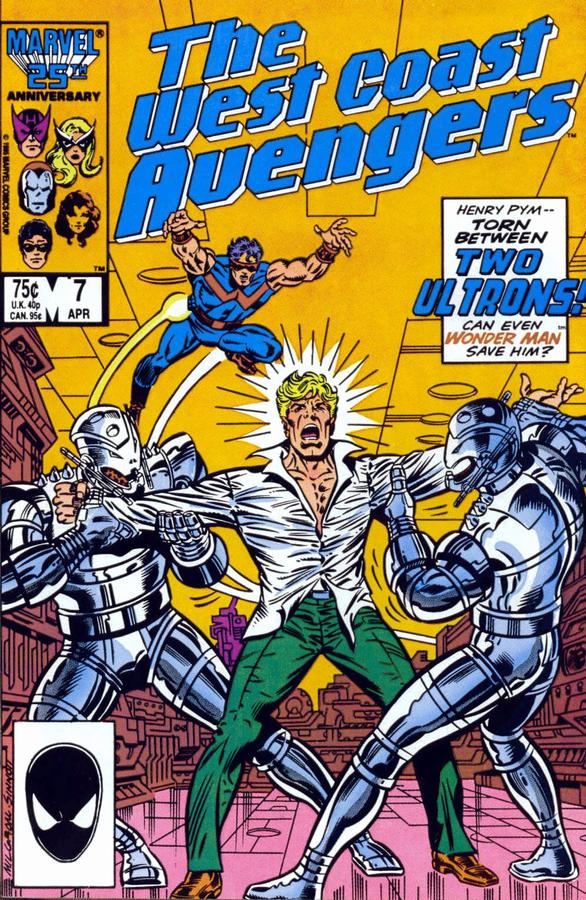 The team parties it up with the cat people while Hank Pym comes face to face with not one, but two Ultrons. It’s up to Wonder Man to save Pym from being killed by his own creation.

Once again Al Milgrom takes a step back and does the layouts, and it’s Joe Sinnott who comes in to do the art. Sinnott’s style mirrors Milgrom (he’s inked Milgrom’s work before), and after last month’s art by Kyle Baker, it’s a bit disappointing.

Surprisingly, the Tigra story that dominated the last issue is more of an afterthought here. Hawkeye and the Thing have yet another fight over him being on the team, and Firebird gets all mopey in the background about not being considered for the team. Other than that, there’s nothing going on here but wheel spinning.

The majority of the book is devoted to Pym and whether Ultron Mark 12 is really good now. Unfortunately for both of them, Ultron Mark 11 is back and he’s still evil.

Through flashbacks, we learn how Ultron Mark 11 returned after his stint in Secret Wars. This is the one time where flashbacks are used effectively, but I wish they had been spread out through previous issues instead of being dumped here. This way, when Ultron does contact Pym, readers are left wondering which Ultron it is. Or maybe that would have been too confusing for 1986 readers. I don’t know.

Wonder Man really shines here when he’s taking down Ultron. Unfortunately, to get to that point, readers have to get through two pages of Simon in Hollywood. When the action kicks in, it’s pretty good though. And while the whole dynamic of Pym as father and Ultron as son is silly, Englehart finds just the right amount of pathos to make it work without it becoming maudlin.

Boast. Yeah, I’m on board with this. This book is cooking with gas now.

Wonder Man learns from all his mistakes, except his fashion choices… 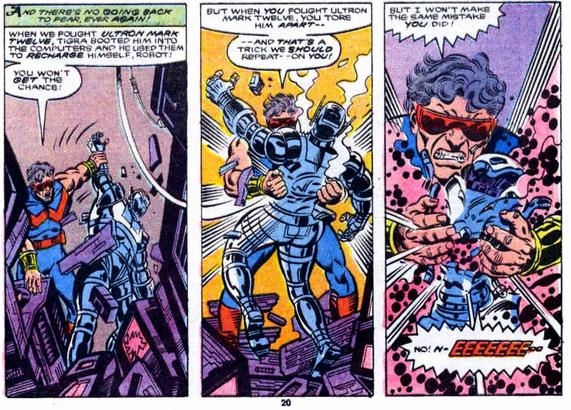