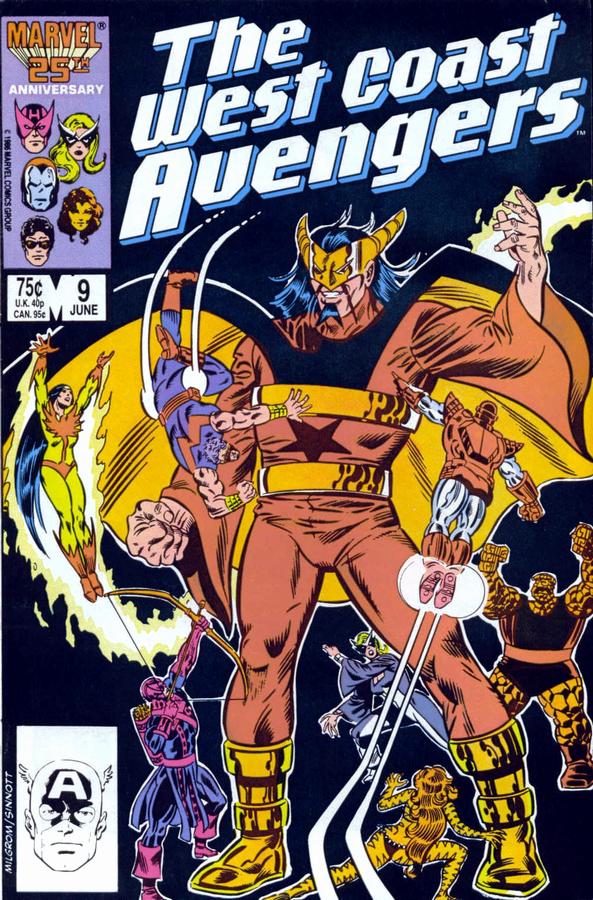 This it it! The confrontation with Master Pandemonium that’s been six issues in the making.

Mockingbird goes undercover as a possessed-by-a-demon-Shooting Star from the Rangers to meet with Master Pandemonium with the intent for the team to swoop in when she gives the signal. However, the plan turns sour when Master P whisks her away to his hideaway (I’m sorry, it’s “just–a place I enjoy!”).

We haven’t seen Mockingbird undercover since issue 4 of the original mini-series when she pretended to be a bartender for an overcomplicated plot to catch Graviton. This plan is a little more daring, especially since she’s pretending to be a creature pretending to be a person. Something I’m sure S.H.I.E.L.D. trained her for.

We get Master P’s origin in convenient flashback form and it’s pretty intense. After a car crash leaves Master P upside down and without an arm, Mephisto appears and undoes his marriage…actually, no, but he does appear. And Master P agrees to give him his soul in order to save his life, and Mephisto rips an arm off a demon and then puts said arm on Master P. Mephisto being Mephisto then decides why just stop with one arm. Like I said, it’s surprisingly intense and carries a lot more weight than origins like, say, the Blank.

The team finally finds Master P and Undercover Mockingbird, but Master P’s lair was designed by a James Bond villain and has convenient traps. But it’s just a way to fill up some pages. What’s important is that Tigra gets to Master P and has to make the decision on whether to kill him or not in order to become human again. And it looks like she was going to do it, but he gets away instead. So this is something that’ll have to be resolved later.

The big news for this issue is that the Thing finally joins the team at the end, which leads to some interesting reactions (see below).

Boast. Not bad. Master P’s origin was a definite highlight to an otherwise light issue.

Tony Stark is a dick…